Preparing for a Wave of Conferences Across Ontario

Twenty-three conferences will be taking place between early May and late June in Ontario. This series of conferences is part of launching the Nine Year Plan, focusing on exploring the oneness of humanity and a universal call to work towards the betterment of the world. These conferences are connected to a wave of worldwide conferences, bringing together people of all backgrounds and ages into a conversation focused on building both materially and spiritually prosperous communities.

Describing the nature of the conferences, the Universal House of Justice describes: “Given that millions of people at the grassroots across the globe are engaged in a collective pattern of activity that fosters a vibrant community life in villages and cities, the conferences should be organized such that as many of these friends as possible are able to attend. Varying circumstances of communities will require that the conferences be organized differently from place to place in response to local conditions.”[1]

Friends in dozens of communities are preparing diligently for these conferences: carrying out many conversations and visits in their neighbourhoods and localities, collaborating with one another to identify and book suitable venues, giving careful consideration to the integration of the arts and preparing uplifting programs for adults, junior youth and children. In addition, whole teams of friends in some localities are traveling and volunteering in other localities, enabling local participants to enjoy the conference themselves.

The first conference to be held in Ontario will be in the northern subregion, in Sudbury, at Boréal College. Participants will be joining from Nipissing and Parry Sound East and as far as Lakehead North-Shore. The small team planning the conference set an audacious goal of 300 participants and they have almost reached it in the days leading up to the conference, with approximately 73% of those registered being friends of the Faith. At the same time, over a dozen volunteers are preparing to attend and assist with many aspects of the work. The joyful spirit of collaboration and service is palpable.

Having conversations with friends and contacts is at the heart of the preparation work. The team in the Donald Street neighbourhood of Ottawa joyfully discussed possibilities for the integration of the arts in preparation for a facilitator training held in April. The team in Kipps’ Lane, London has been dreaming up participatory ways of using the arts, including ideas for a collective mural. In the Springdale neighbourhood of Brampton, youth and families have been working together to prepare beautiful paper invitations for the conference that will be delivered to families. The team noticed that, as part of their home visits, it was helpful to watch the videos made by the Bahá’í World News Service to connect the local conference to a broader global movement. Some of the articles and videos from these conferences can be found here.

Below are photos of youth and junior youth preparing for the conference in Sudbury, a planning meeting in Ottawa, families in Brampton preparing invitations to hand deliver and the design for the Hamilton conference invitations.

Both the Toronto and Ottawa clusters will host multiple conferences, many of which are specific to particular populations and centres of intense activity. In these contexts, facilitators are participating in regular consultative gatherings among themselves to learn how they can connect to additional collaborators and extend the invitation to as many people as possible. A notable strength of these conferences is the concept of a unit of friends or group of families that comes together–a concept that builds on the learning of the 2013 youth conferences.

Ontario has much to look forward to as it enters the Nine Year Plan, and this series of conferences promises to serve as a catalyst for many localities labouring alongside an ever-expanding group of friends towards the betterment of the world.

Learn more about conferences in Canada and find a conference in your subregion here!

[1] Universal House of Justice, September 15, 2021, To All National Spiritual Assemblies 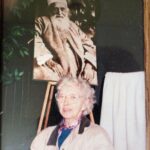 A Reflection on Pioneering: Delivering the Message 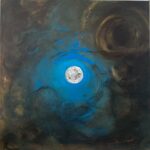 “She Elevates my Soul”: Friendship on Georgina Island