“…much depends on the ability of the institutions to draw on help from friends in other clusters, reinforcing the actions of an existing Bahá’í community by, for example, arranging the support of visiting teaching teams or tutors. In many places, the institute process begins with the assistance of believers from stronger neighbouring communities who find creative ways of reaching out to the local population, youth in particular, and supporting them as they start to engage in service.” 1

I moved to Ottawa in December, 2019. I was barely sixteen, and perhaps for obvious reasons (a global pandemic), I found it hard to meet new people in Canada. Thankfully, right before the lockdown, I had joined a junior youth group in Lowertown, a neighbourhood in Ottawa. Over time, I began animating that group. Like many groups in Ontario, we transitioned to Zoom, then to the park in the summer, then back to Zoom. This service allowed me to eventually connect with the junior youth coordinator in Ottawa and become more involved as an animator. I am currently animating three different groups, one of which is a group I travel to visit every week, in Brockville.

This summer, I felt I was at a new stage in my life with an unprecedented amount of free time where I could serve intensively and make connections in my new community. I was fortunate enough to meet all the right people at the right time and the opportunities simply presented themselves to me. So yes, I guess one could call it a dedicated summer of service!

In November of 2020, my family, who are Arabic-speaking, heard about a group of Syrian families in Brockville who were connected to a Bahá’í friend there. She had been building friendships with these families as well as connecting them to the resources they needed. However, with the language barrier, it was challenging for her to describe the junior youth program, which seemed like something they would resonate with. We began connecting with the families over Zoom initially because no one in my family drives, yet! My Mom and I explained the program and there was a very nice connection between all of us. As we remained connected with our new Syrian friends over time, a Persian family living in Ottawa became interested in supporting this new group. Because they do drive, it also became easier to all go visit in person within the first few months of having connected with them.
This summer, our two families were able to visit our Syrian friends in Brockville every week and intensify our efforts. We now have the junior youth group, which I animate, and a children’s class which my friend teaches. We have plans to keep going in person and, of course, eventually the local friends in Brockville will assist more and more. There are four junior youth and about nine participants in the children’s class. During the summer, we would often visit with other friends from Ottawa too. Sometimes we got discouraged as it seemed like people were interested in joining during our initial conversations, but then no one would come. It took time for us to eventually connect with two new families who joined us by the end of the summer.

Animating the junior youth group in Brockville was my first experience using Arabic in that way. Growing up, I never spoke Arabic to anyone but my Mom, so it felt strange, especially since we have different dialects. But looking back, I realize that this prepared me to serve in the Donald Street neighbourhood, where I’m also animating a group now. I had to learn a lot about doing outreach and describing what the junior youth program is to a native Arabic speaker. I did so by going back and forth between Brockville and Donald street in the summer. I remember when I first started having these conversations, I would just freeze. I wouldn’t know what to say. I realized that there are different cultural contexts. For example, in English you start by saying “how are you?” but it’s kind of formal. But amongst Arabs, it’s more personal right away, “how are your kids? How’s your health?”; you get to the meat of it right away.

I started serving in Donald Street in April and we were able to open our new neighbourhood centre there this summer. We had set some very audacious goals in the spring, and though we didn’t quite meet them, we were able to start five new junior youth groups, which are strengthening. My group is all Arab boys and I’m connected to three other youth who are graduates of the junior youth program. These youth have done a lot of outreach to the younger ones and introduced the program to the junior youth in the neighbourhood. We all play basketball together and everyone is welcome to festivals and any other one-time activities that happen. It’s amazing to see the level of commitment and enthusiasm amongst the youth and junior youth. They’re all really good friends and they pick each other up for group–they really all just bring each other.

I think over the past two years, I have kept learning that friendship is the most important thing in starting and sustaining a junior youth group. If you can only have one thing, that is it. That really is what makes or breaks a JY group and the force between the JY themselves. When the animator has a good connection with them, everything else follows from that. So, with all my groups, in Lowertown, Alta Vista and Donald Street, I’m enjoying building those friendships.

1 Universal House of Justice, 29 December 2015 – To the Conference of the Continental Boards of Counsellors 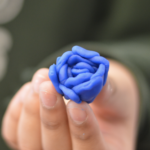 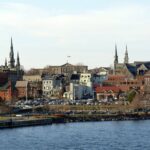