In the wide-spread cluster of Lennox, Addington and South Hastings, a group of friends is discovering just how much a nucleus of friends who are working and consulting together and arranging activities contributes to the growth and well-being of their cluster. Since they started meeting in September, the group has been committed to meeting every week to reflect, plan and encourage one another in their activities.

Even though the meetings are only for an hour, Wilf Fulford, one of the attendees, says that it has changed the way the cluster functions.

“We have such a focus now. We are all on a different mission that we need to accomplish but we’re focused… It really works for me because every week I get feedback. Like with my children’s class, I get to talk and reflect on it every week. It’s amazing, really.”

Starting regular meetings was a natural step in the cluster’s development; the newly-appointed Area Teaching Committee and institute coordinator saw the reflection meetings were taking on more structure with the support of these agencies, but that the friends often lost momentum over the following three months. Meanwhile, a member of the community – Galen Nuttall – was undertaking a project in a leadership course through his work and decided to focus it on the development of junior youth groups in Belleville. He asked for the support of the community on this project, which led to his family opening their home to regular nucleus gatherings.

By setting goals together, the nucleus has found ways to share the work with everyone. When Galen first started his junior youth project, he hoped to start three junior youth groups. The path to starting one was clear: There was a group and a children’s class that had paused during the pandemic and could now be revived. By brainstorming with the other members of the nucleus on people and places, the goal for three groups could be quickly achieved and rapidly followed by a study circle with youth. Through Galen’s initial course, he connected with a Catholic friend who suggested her teenage daughters help the Baháis in their community-building efforts. These two youth, along with another from their highschool, are now studying Ruhi, helping with children’s classes – which have also grown from one to five throughout the cluster – and are serving as animators of the first junior youth group. As venues are confirmed for the other two junior youth groups, they will be able to animate these groups themselves.

Now their mother has also been invited to attend the nucleus meetings and to start studying the Ruhi institute herself as she walks with her daughters on their paths of service. With this momentum having been generated, a new goal has been set: to start five study circles within a wider circle of friends by February.

Galen reflects on the strengthening pattern of nucleus meetings in the cluster: “Sometimes I think we don’t have something to talk about, but then there’s always something. And I really do have the conversations I say I’m going to have, because our next meeting isn’t three months away, it’s next week! I’m glad we have never canceled our meetings. I think when we set a goal, we have to realize it won’t happen without having conversations and really breaking things down into parts. Who will have that conversation? By when? And what support do they need?”

Kathy and Steve Hayman joined the group after the meetings had been running for a few weeks, and describe the atmosphere as one of laughter, excitement and consultation. Over the course of the hour-long gathering, Galen pulls out a list of the core activities surrounded by simple statistics, goals, and the names of individuals involved. Each activity is given time for reflection, updates, questions and plans that are consulted on by all the members. This, the couple says, has led to thinking of friends and family members that otherwise might not have been considered to invite to study circles, devotionals,or other core activities.

“When we come in here people are laughing and talking, it’s a delight to be here…It boosts me through the week,” says Steve. “Sometimes we will be sitting here and then another person will say: ‘Well, what about so and so? Would they be interested?’ and we realise that yeah! They just might be!”

“You know that if you need support in any way you know you have this group ready and waiting to help you,” adds Kathy. “This really has opened the door to trying new things because you know you aren’t doing it alone.”

Emma Persaud, who lives in the nearby village of Stirling, agrees, and says that the nature of the consultation has altered her perception of her growing friendships.

“Every time a person’s name is mentioned, we always get so happy. And we only speak of the wonderful qualities we see in that person. It’s made me look at the friends I’m making in my town as having this beautiful array of qualities that I feel so blessed to have in my life and to grow with.”

The spirit of these regular meetings, along with the systematic patterns of reflection and planning, has steadily increased the number of activities taking place in the cluster. When the meetings began back in October, 19 activities were taking place throughout the cluster. In the few months since, this number has grown to 27, with another four poised to start as venues open up. Galen and his wife, Ema Katirae, reflected together on how their home and family life has changed with this influx of activities.

“One of the big things we’re seeing is the energy that new people are bringing to the core activities,” says Galen. “Sometimes as a couple we felt we were doing a lot ourselves; of course it wasn’t true, but the other day we looked and noticed we’d had nine days straight of activities at our house! A few years ago, that would have exhausted me, but now I find it enlivening because there are more people involved.” 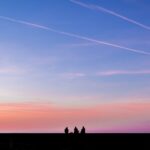 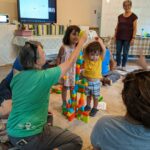 Ontario’s Virtual Baha’i Summer School: Fellowship, Music and Reflecting on the Life of the Master