Accounts from a number of clusters illustrate the way that all activity begins with a “simple strand of love,”[1] and one of the ways in which this love is felt through elevated and distinctive conversations. This thread of love weaves a “pattern of patient and concentrated effort, cycle after cycle, to introduce children, youth, and adults to spiritual ideas”[2]. These stories illuminate both the practical steps and the capacities being developed in many clusters related to the power of fellowship.

Having meaningful conversations that uplift the hearts is woven into daily life. The Regional Institute Coordinator reflected on the way friendships and bonds of trust have formed within a few populations.

“Aside from the activities, there are many social interactions. We’re all really like family. We share food with one another, we celebrate birthdays together and there’s never this fear that someone won’t understand. For example, in a devotional gathering, it just becomes natural to offer a prayer book to someone and invite them to say a prayer. We’ve been able to connect with many families through learning about conversations that are moving along a continuum.”

A Baha’i artist from Cornwall was recently being interviewed about her work. As the interview progressed, there was a natural opportunity to describe the junior youth program to the journalist, who shared that her son was in fact in middle school. Over a few weeks, it became clear that her son wasn’t too motivated to participate in the program. However, the conversation between the Baha’i artist and the journalist continued and in time, particularly due to COVID, it became a regular devotional on the journalist’s front porch. She meant to invite friends but they hadn’t come and so the two became closer friends and shared prayers together. Recently, the Baha’i friend got a bad cold and it was then that her journalist friend reached out, reminding her that she was drawing on the very healing prayer she had given her to pray now for her friends’ swift recovery: “I’m praying for you with the prayer you gave me”.

One day, earlier in the pandemic, Ravin was doing yard work when a neighbour who was an acquaintance walked by and they began conversing.  Because of the challenges of the pandemic, the conversation instantly plumbed the depths. Gradually, she and Ravin explored how they might see this time as an opportunity to think of questions that have deeper significance now. They talked about how being in a different pattern of life, brought about by the lockdown, can be a kind of turning point, and as a result, yields renewed hope. Ravin went inside after the conversation and wrote down the name of the neighbour before he forgot it, telling his wife Sonya how uplifting the exchange had been. A few months later, Sonya and Ravin were in the car and saw this same neighbour walking with her husband, and they stopped to talk with them. Sonya mentioned to the couple that Ravin had been so uplifted by their previous conversation, and the husband immediately said his wife had also come home full of this same eagerness to share. Because of COVID, they said they would come and drop their email address in the mailbox, so they could continue the conversation. When the email address appeared in the mailbox and they were able to connect several weeks later, the couple apologized for having taken so long to reach out, as various challenges had kept them from leaving home. From this one conversation in the yard, the two couples now have a biweekly online devotional and have also realized that this woman’s nephew had become a Baha’i a few years ago. The husband is now investigating the Faith, seeing the many similarities between Christian scriptures and the Writings of the Baha’i Faith.

It is through these fleeting moments of connection and the conversations that emerge and then become profound, that one can glean the way the House of Justice describes “the resilience and undiminished vitality of the Bahá’í world in the face of a challenge which has no likeness in living memory”[3]. 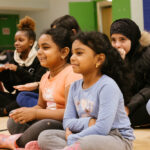 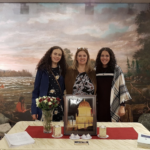 The Stony Path to the Second Milestone in Sault Ste. Marie