Building Clarity: The Transformative Influence of the Worldwide Conference in London-Elgin-Middlesex-Essex-Kent

The world is yearning for change. We hunger for it. We dream of it. We wait for it.

And the introduction of the global conferences have swept friends from around the world into another realm, reinvigorating and re-instilling in them a love that will overpower the negative forces at work in their localities. It is this love, “love originating from the relationship with the divine, love ablaze among members of a community, love extended without restriction to every human being,” which will “transform the world.”1 This force of love was felt so strongly at the London-Elgin-Middlesex-Essex-Kent Conference (LEM-EK for short) that it pervaded the entire event’s atmosphere, enveloped all those who were in its vicinity, and raised a question in the minds of those present: “How can I harness this love and take it back to my neighbourhood, workplace, or school?”

The stories shared by the friends in attendance brought to light the influence of the transformative power of the conference and the role they play in the execution of this nine year endeavour. In the following excerpts of insightful, yet concise, accounts, we meet six individuals, some are youth and some are parents, some are native London-ers and others immigrants, each of whom bring a longing desire to strengthen their understanding of Bahá’u’lláh’s world-embracing vision.

Carmelia on having conversations at the grassroots:

“I just think [the global conferences are] a really good way to raise awareness because a lot of people don’t really know what steps to take towards the betterment of the community, especially if they don’t know about the core activities or educational programs. I think it’s a really good opportunity for everyone to get together, and to be able to unify their vision and work towards a common goal. Because everyone can have their own way of contributing to society or serving their community. But in this way, for the conferences, we can all come together.”

William on centering service in our lives:

“In the last two months leading up to the conferences, our visits are now daily. This is the first day we don’t have a visit plan because we’re with the friends that came and so there’s a lot of new activity from a network of friends in Southern London so maybe eventually that will become a focus neighbourhood in the same style as Kipps [Lane neighbourhood]. The Spiritual Assembly has a vision to have five of them from a consultation about the Nine Year Plan that one in each Feast group might be an appropriate goal to achieve and even if we don’t achieve it we consciously set out on the pathway to establish these focus neighborhoods so that every one of the friends in London may have that experience of that intensive day-to-day operation like Nabil, [one of the conference speakers] said, being one with the population. That’s one thing you cannot communicate through a talk. You have to experience it. You have to see what it’s like, like ‘We’re done our study circle, see you next week!’ – No! We’ll see you maybe tomorrow morning when we’re passing by or when we’re doing homework help or visiting a family or helping someone to go and get medical help or all kinds of things. We get very closely involved in the lives of our friends.

There were many other messages that we discussed during the National Convention. This acceleration of daily life as we mentioned in our previous discussion, that the frequency with which we are interacting with our community noticeably ramped up in anticipation of the conference as we were reaching out to friends and this is perhaps to suggest the increased pace across the board for the Nine Year Plan and instead of using the adjective “herculean” now we have the adjective “colossal” effort must be sustained and I think this may go along with the degree to which our rapidly declining order is manifesting its deficiencies and falling apart. So we have to, with the understanding that every moment spent encouraging our friends and neighbours to walk along this path of service to humankind, is a better outcome for humanity achieved so it’s deeply connected with our collective destiny.

Through our conversations and consultation we have some different approaches and even plans developing to reach out to communities and make them feel at home, to speak to them in their own language if possible, and language, not only their specific language, but the language of their culture to address some of these barriers to participation because in the end the education of humankind is something common to all and so we need to systematically find that way with the population we’re working with.”

Maryam on giving impetus to other endeavours:

“I think the fact that these conferences are happening on the global scale is an encouragement to everyone to know that it’s not like just this random community doing it by itself for no real reason. It shows that there’s like, with these tiny steps, the world is also shifting because everyone’s getting involved. And I mean, being part of something so big is encouraging. It’s definitely historical because it’s also like a point of reflection. It’s like 25 years of learning since the Institute, and like, what have we done with that material? What have we changed about the material? What have we learned from our mistakes? And we’ve changed it to make sure that it’s welcoming and sustainable. And when you think about it happening globally, on a way larger scale, accompanying someone now will impact someone else supporting someone down the line.

And then when you have a space, like these conferences, where reflections are being shared, it’s like, we’re all reaping the fruits of those efforts that we all were making. And it’s just like a big source of joy.”

Rolando on the influence on the family unit:

“What I’m learning and appreciating more and more relates to [my children’s] identity, and how they are consolidating their faith by means of action, and bringing their friends into the process. Because what good does it serve that they feel firm, and they feel committed to a broader vision, but they’re in a milieu that is not being permeated by a vision, right? So, a flower can be beautiful, right? But a garden of flowers is much more beautiful. We’re no longer in a situation where it’s binary, we do this first and then we worry about that. It’s simultaneous. So, this conference has been quite nourishing for the soul. And as much as it’s provided sort of that energy and the vision to commit to that process, it has also allowed people to see all of the various efforts across the community of friends that are engaged in the same process. This conference has helped sort of develop those connections where maybe, because of the pandemic, we’ve been apart for a bit.”

Eric on the unifying influence of the conference:

“Actually, on all the banners it says ‘Let your vision be world-embracing’ and I feel like coming together as a community and not just any community, but like what I mean is I’m not just referring to the Bahá’í community, but just the community of friends that are engaged in committing to the betterment of humanity and trying to put forward Bahá’u’lláh’s revelation into practice so that we can really, you know, contribute to oneness of humankind. Then coming together, all together, all these friends engage in that effort, no matter what. Even if you’re at step one or step 400, I don’t know how many steps there are, but I think coming together and really just setting the stage of, well, where are we right now? What’s going on? What can we do? And really, just build that united vision of the way forward, and I think building that clarity really allows for that perspective. You know your purpose because having purpose is a great motivator, and understanding is a great motivator. That’s the primary motivator, as Ruhi Book 7 says; so I think just really having this space, this conference to bring the spirit that called from the Universal House of Justice for that dynamic thrust forward. To really just energize the friends to kick off this wonderful Nine Year Plan that you have going on.

I think it was a place to see and really celebrate what has happened and I think it really did bring, you know, appreciation for you know the diversity of experience from people working in networks or particular populations to working with neighbourhoods. All of that was highlighted in a very beautiful way and that all were kind of honoured and really to see within their own reality what could be possible.

There’s no question that there has been and continues to be a love and a bond that connects everybody in this room and if anything, without the conference, it’s almost like people are just yearning to be connected with those that they love and not just those that they love as the friends that they know share the love for the House of Justice, for the cause of Bahá’u’lláh. And so, coming together here is a celebration of that bond and putting it all out there and seeing a glimpse of that distance traversed but also thinking how we can invite more.”

This was one of 24 initial conferences occurring across Ontario. The momentum created and sustained from the LEM-EK conference has flowed into efforts in the field, shown in the numerous home visits that have taken place since the conference to continue the conversations and dialogues initiated around the conference themes, the formation of two study circles, as well as a reflection gathering with about 40 participants to consult about the next steps of each nuclei in various areas of London. Moved by the learnings generated at the conference, one friend shared the following reflection inspired by the viewing of the film “Glimpses of a Hundred Years of Endeavor”:

They come in all shapes, sizes and colours. They don’t care about borders.

They exist to give – don’t want anything in return.

As each locality strengthens their understanding of the exigencies of the Plan and as we enter into the Third Epoch of the Master’s Divine Plan and the Sixth Epoch of the Formative Age, we can see how the breadth of the Faith’s inherent influence is becoming more and more evident. In our efforts following each conference, we can turn to the Writings of the Central Figures as well as the guidance of the Universal House of Justice for clarity, encouragement, inspiration, and, above all else, love:

“However long and arduous the road that must be travelled, we are supremely confident in your fortitude and your determination to see the journey through. You draw from stores of hope, faith, and magnanimity, putting the needs of others before your own, enabling those who are deprived to be spiritually nourished, those who increasingly thirst for answers to be satisfied, and those who long to work for the betterment of the world to be offered the means. From the devoted followers of the Blessed Perfection, how could we expect less?”2

1 The Universal House of Justice, 22 July 2020 to the Bahá’ís of the United States

2  The Universal House of Justice, Riḍván 2020 to the Bahá’ís of the World 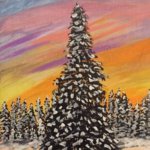 Walking with Hope in Sudbury 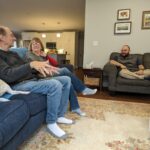