Amidst an ongoing pandemic and what often feels like the rising tide of a sea of uncertainties, one constant remains: a growing longing for joy, peace, and prosperity for all. As friends in Ontario continue to adjust to the evolving recommendations in a given locality, they are in essence, drawing on “characteristic creativity and determination to minister to the needs of an ailing world.”[1] With the Family Day long weekend and decreasing restrictions, a wave of opportunities has been offered to communities across Ontario; countless localities have, with great love and joy, engaged networks of friends through children and junior youth camps, youth institute camps, and Ayyám-i-Há parties and gatherings, thus reinvigorating their entire community.

Taking advantage of the Family Day weekend, many communities, such as the Victoria Hills neighbourhood of Kitchener-Waterloo, the Ruddington neighbourhood of Toronto, Kipps’ Lane in London, Sudbury and the team in Brockville hosted camps for children and junior youth and Ayyám-i-Há gatherings as a means of engaging new and old friends.

In the Victoria Hills neighbourhood, gathering again in February was particularly sweet after a challenging time in December and January. In December, before the Omicron wave of the pandemic, plans to host a Children’s Week of Fun focusing on justice emerged.  As preparations for the Week of Fun began, teachers consulted on how to bring the planned activities to life in the current climate given Covid restrictions and the cold weather; this proved rather difficult! The teachers consulted and decided that the ideal location would not just be selected but made; the team would acquire tents, shower curtains, LED lights, and heaters to create a makeshift chalet. However, as the supplies for the tent-haven were being gathered, and outdoor-friendly activities devised, the unlikely occurred: restrictions again increased, disallowing the expected number of friends to gather together. The team swiftly pivoted and cancelled the Week of Fun, deciding rather to convert the in-person activities to take-home packages that the children could do accompanied by their parents. These included quotations on justice, supplies and instructions for various art activities including a homemade pan flute and clay, and snacks. Unfortunately, just as the teachers thought their obstacles were overcome, multiple members of the neighbourhood team contracted Covid-19, causing a pause in the delivery of packages as they recovered. In early February, packages were finally dropped off, giving teachers the opportunity to visit and catch up with families in the neighbourhood and strengthen friendships! 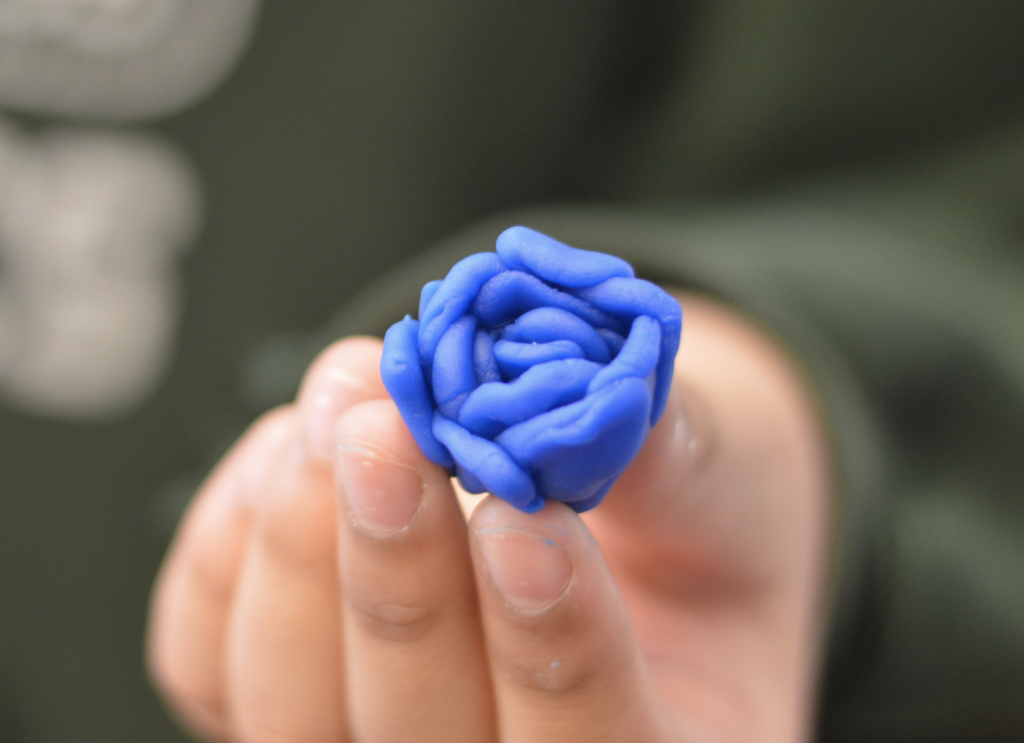 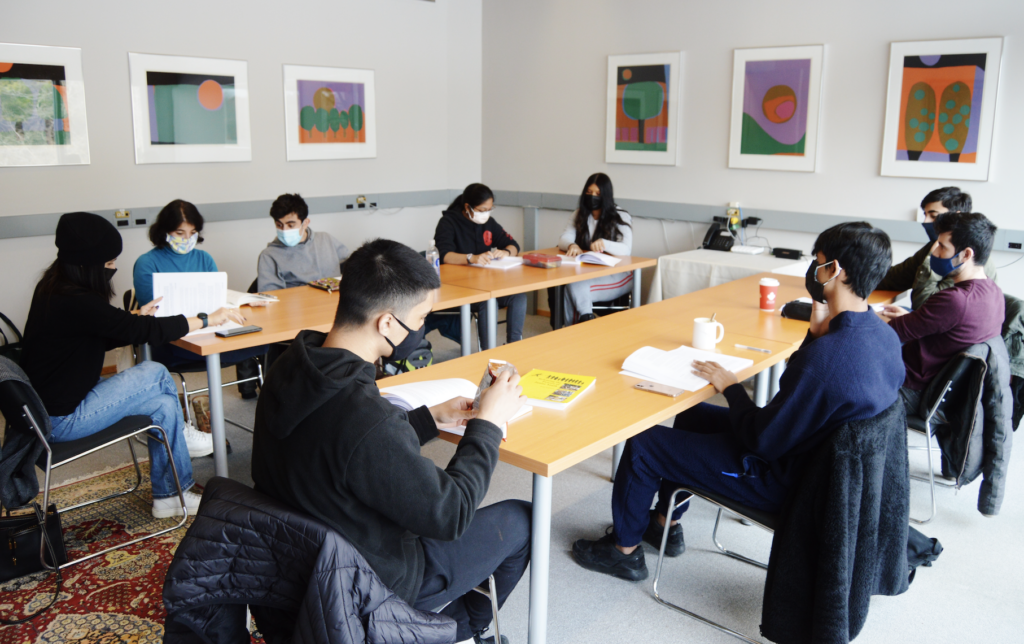 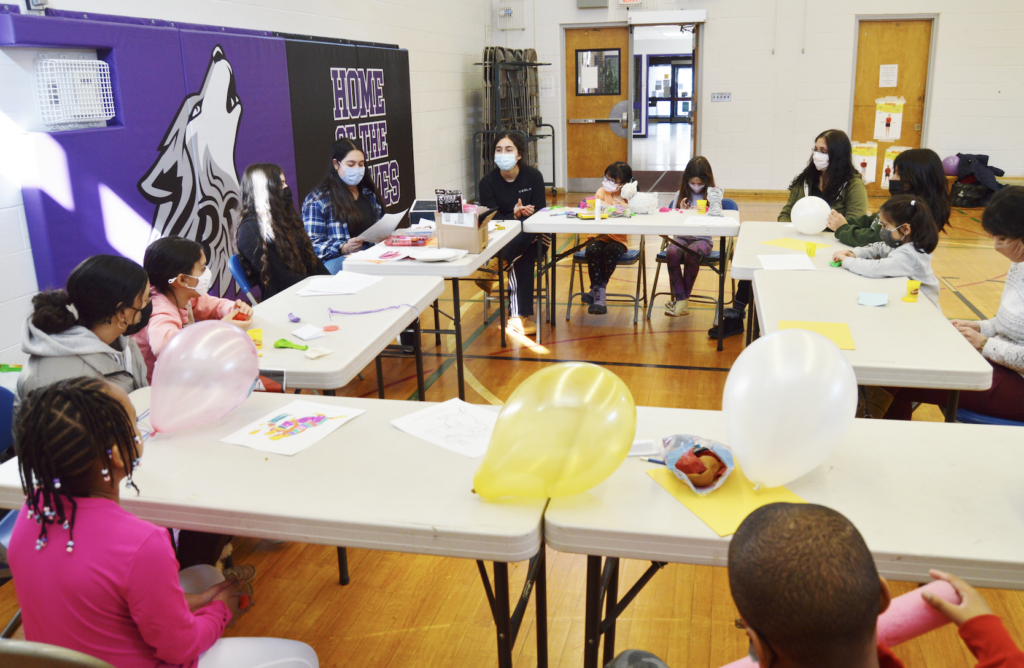 In Toronto, however, activities adhering to current Covid protocols were held in person. In the Ruddington neighbourhood, seven youth and their two co-tutors intensified the study of the Ruhi Book 5 over two days and then held a one-day children and junior youth camp. Prior to the weekend, the team met weekly to pray, consult on the lesson plans, prepare invitations and determine the schedule for the weekend activities. The junior youth camp was held in collaboration with a newly formed junior youth group in the Yonge and Steeles neighbourhood. A school space became available just one week before the camp, after having been restricted for several weeks due to the pandemic. Nine junior youth participated in the camp and eight children participated in the children’s camp. Five of the children were new to the class and several parents stayed and helped for the entire day camp. The children enjoyed the various components of the class, especially the games and sports, balloons, arts and crafts. One child spent several hours the evening before the camp making booklets and bracelets for all the children. 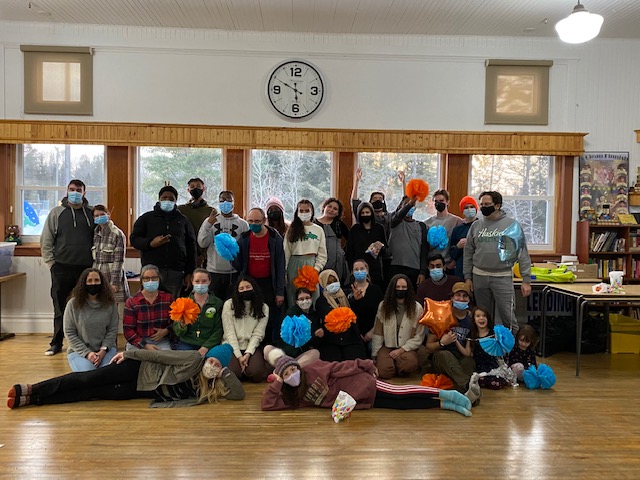 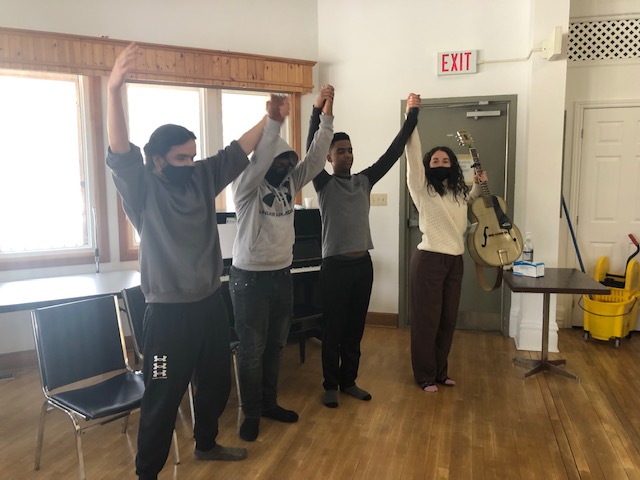 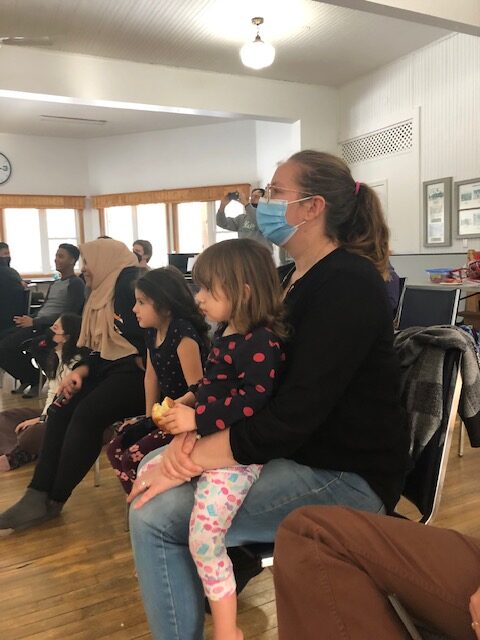 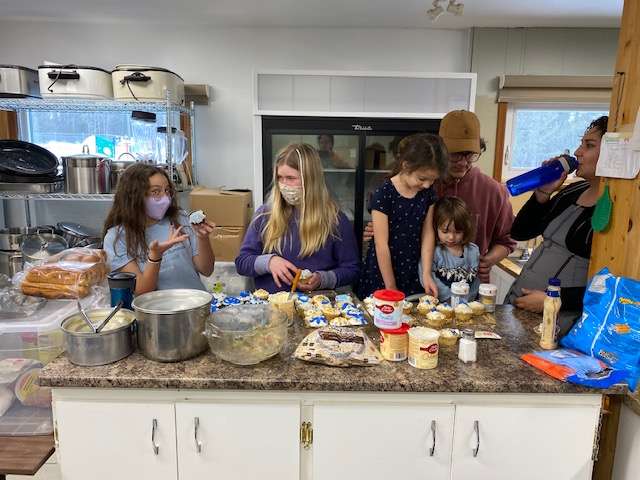 Sudbury is also sharing some joy from the amazing Institute camp where they also celebrated Ayyám-i-Há. Over twenty youth attended including people from Parry Sound. There was a beautiful reunion of friends from previous junior youth camps! It was a perfect mix of serious study, the arts, and celebration, in a loving spiritual atmosphere. Many friends came by to drop in and visit or to join the ongoing festivities. The atmosphere of fellowship and friendships was soaring; friends were all helping in the kitchen, and collaborating together to complete tasks. Two cohorts of neighbourhood youth entered Ruhi Book 2. One study group made a song to the following quotes: “The world passeth away and that which is everlasting is the love of God.”[2] “The utterance of God is a lamp whose light is these words. Ye are the fruits of one tree and the leaves of one branch.”[3]

Another performed a skit exploring the concepts of justice and moderation. The presentations concluded with a reminder that all the study and service we are engaged in is profoundly contributing to the transformation of our world.

February was a joyful and exciting month in the Kipps Lane Neighbourhood. A total of three Ayyám-i-Há parties were held, each centred around an educational imperative. It was a very special time for everyone since lockdown restrictions had just lifted and people were able to see each other in person again and resume their core activities after so long. Many of the junior youth groups planned to use the momentum that these celebrations created to kickstart their activities. The children’s class celebration involved around 27 children. They all shared a beautiful devotional program together and introduced one another to the group with some simple icebreakers and played fun games. The junior youth followed a similar program. Each group talked about the significance of Ayyám-i-Há and the feeling of generosity, friendship, and hospitality that encircles us at this special time of year. This gave the children and junior youth a chance to reconnect with their peers and become friends with other junior youth. As for the youth, a heartwarming gathering was held at one of their homes, with 20 people attending. Youth in the institute and even those who weren’t previously involved in the institute process were all there, sharing a delicious meal together before the beginning of the Bahá’í period of the Fast, engaging in uplifting conversations about Ayyám-i-Há and the spiritual influence of participating in the Fast. 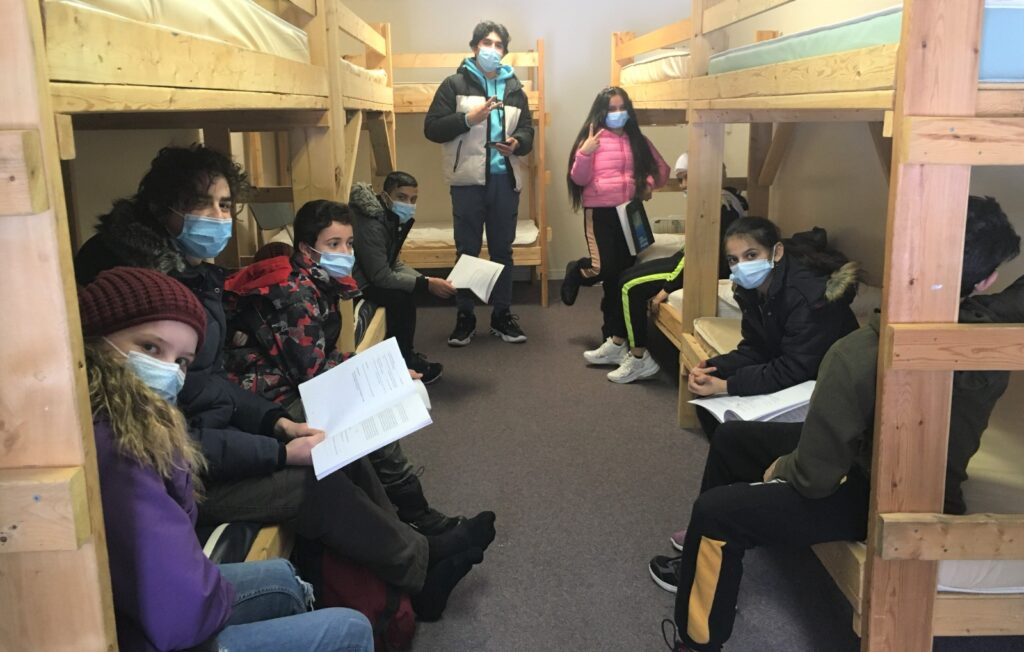 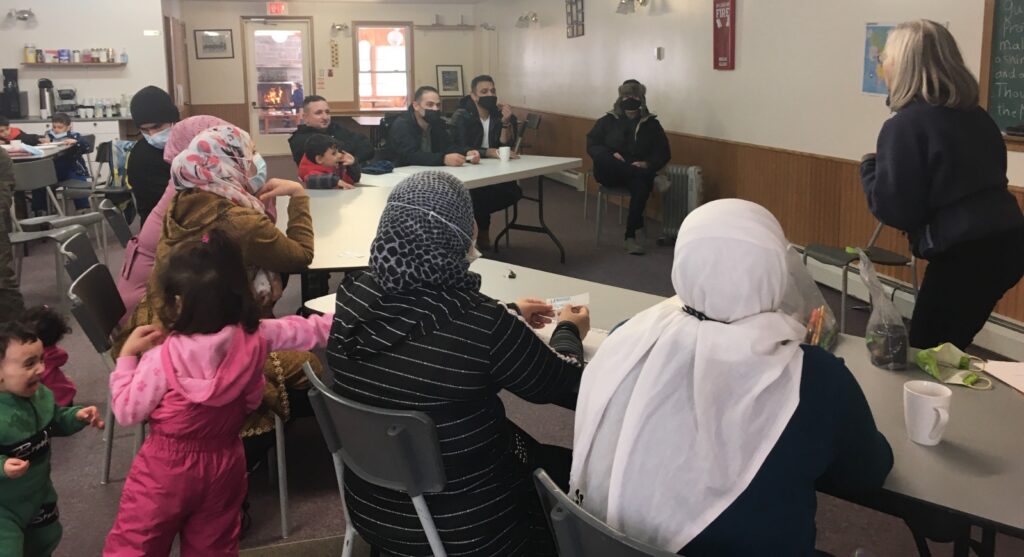 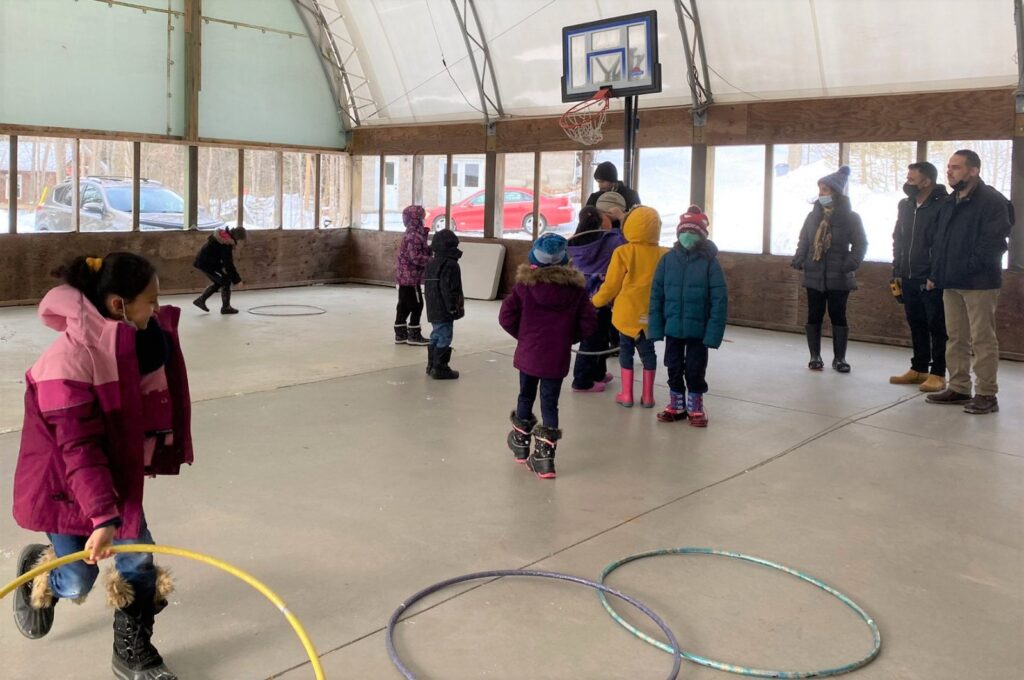 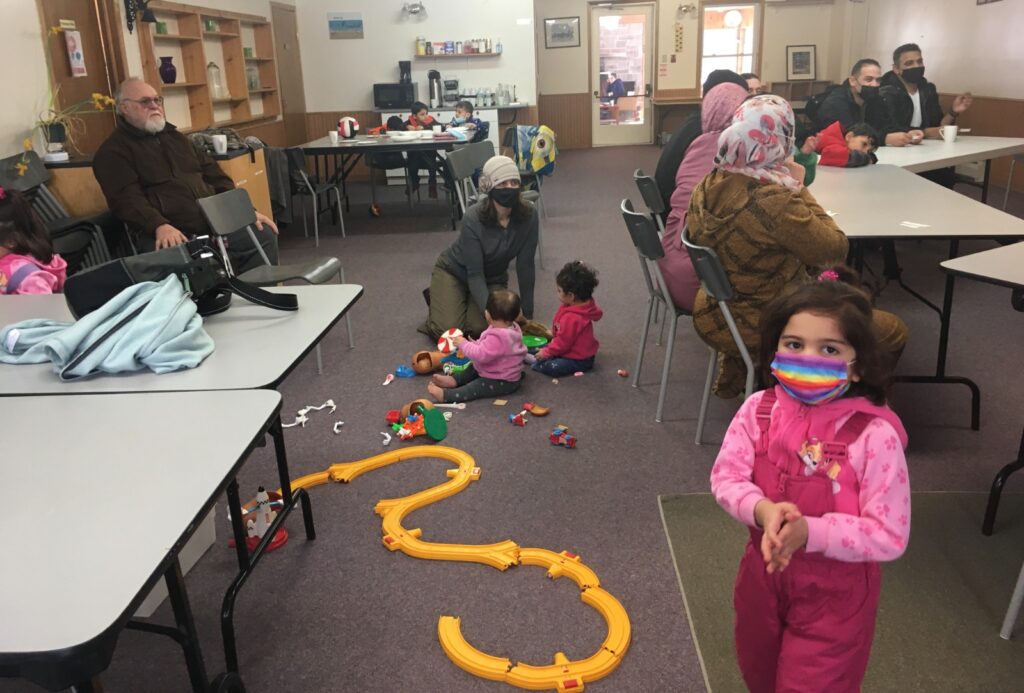 The Brockville cluster experienced many firsts these past months; in February they hosted their first camp at the newly acquired Providence Point property while also engaging entire families for the first time. Before this camp, the relationships with parents used to be limited to short conversations when picking up and dropping off their children.  Although it was a challenge to have quiet conversations with parents because of the youngest participants, it finally allowed the parents to fully immerse themselves in their conversations and relax around the tutors.

The camp was divided into three groups: children, junior youth, and parents with toddlers. They started with prayers as a collective and broke off into their groups with children and junior youth continuing their regular classes along with an on-site service project. Throughout the day, other activities such as dancing, a workshop class introducing participants to various tools, and basketball accompanied their regular class. Meanwhile, parents toured the property, consulted on ways they could be of assistance at the camp, and participated in an English class. The day ended with a group dinner.

The camp, characterised by an immense joy, brought all participants much closer together and planning for a summer camp is already underway.

As the weather continues to warm throughout the region, many initiatives will no doubt continue to build on these efforts!

[3] Bahá’u’lláh, Epistle to the Son of the Wolf 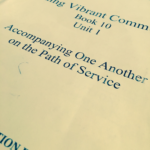 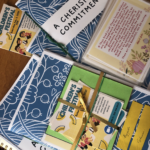 “You Could Feel the Warmth!” Studying New Guidance in Springdale, Brampton