ONTARIO – The first unit of Ruhi book 10 has arrived, and study of it is already underway.

On the first weekend of June over 40 participants that included the Bahá’í Council, Institute Board, Auxiliary Board members, and regional teams gathered in Toronto for the first Ontario study of Unit one Ruhi Book 10, entitled Accompanying One Another on the Path of Service. The study was accompanied by Counsellor Shabnam Tashakour and tutored by Dan Scott. The unit is the first of three in Ruhi Book 10, the full title of which is Building Vibrant Communities.

The book touches on a number of crucial themes about walking a path of service that “can be experienced and known, not only by one or two but by scores upon scores; it belongs to the community.” How do we cultivate conditions of fellowship and loving friendship that invite and support one another to walk a path of service together? How do we help one another to build the capacity to take on greater complexity of action in a learning mode? What are some of the systems and patters of effective coordination, and how do these develop over time? These are a few of the many questions explored in the unit.

Counsellor Tashakour shared in her opening comments that the timing of receiving this new unit around Ridvan this year was not accidental.

The Universal House of Justice had requested the Ruhi Institute to accelerate their preparation of Book 10 so that it would be available to the Bahá’í community at the very beginning of the new Five Year Plan, which began this April and is set to span the next five years until Ridván 2021. The second unit of Book 10, which has also been released, is titled “Consultation,” and the third unit, which focuses on some of the vital work of area teaching committees, will likely come out later this year.

The tone throughout the weekend was one of joyful exploration, as the participants reflected on their own instances of starting to serve as children’s class teachers, animators, tutors, and in their efforts to teach individually and collectively. With the help of quotations and exercises, they looked back on instances of grappling with challenges and obstacles, and their current efforts to learn with others to serve. They were also enlivened by the youth gathering taking place simultaneously one floor below them at the Toronto Bahá’í Centre, where the songs and enthusiastic voices of more than fifty youth brought to life the spirit of the material they were studying.

Plans are underway for gathering to study in groupings of adjacent clusters across the region. For example, the first weekend of study in the Kitchener-Waterloo cluster on June 18 – 19 brought together groups of friends from around half a dozen clusters. Study gatherings in Hamilton, Ottawa, and Northern Ontario, and the institutions expect that many study circles will also form spontaneously by interested friends in all clusters, along with circles to study earlier books in the sequence.

Copies of this unit can be purchased or ordered from Baha’i bookstores in Toronto or Ottawa, or can be obtained by request from cluster and regional institute coordinators. 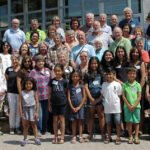 Online seasonal school to be held this summer 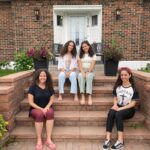